The cadets had a fun skating night at the arena in .  The skate night is definitely one of the favourite fitness activities that we do in the cold weather. 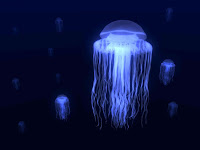 Operation Jellyfish helped all of our new cadets get integrated into the Sea Cadet program and helped them along with the basics of what it is to be a cadet.  Boot polishing, ironing, rank structure, and basic drill were the flavour of the weekend.  We also had our annual Divisional Pumpkin carving contest. (photos on our Facebook page)
Everyone enjoyed themselves and the uniforms are coming along nicely.

The highlight of October was the Ceremonial Divisions parade!  RCSCC FRASER was joined by the cadets of 637 RCACS ARROW for review by the Deputy Chief Constable of the New Westminster Police Service, Inspector Laurin Stenerson.  This was a thrill for the Cadets and even more so the Officers, as Inspector Stenerson was a past FRASER Cadet!  The evening was filled with presentations by the New Westminster Police on drug awareness and (the crowd favorite) the Delta Fire and Safety Service did a demonstration on emergency vehicle extraction.  Yes, you guessed right, the gentlemen from the Fire department brought their truck and cut apart a car in our parking lot.  It was AWESOME. 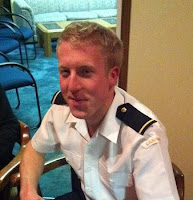 The end of the evening brought Major Jim Short and the friends and family of Mr. Brian Rainbow to the deck as Mr. Rainbow became Naval Cadet Brian Rainbow and was attested into the Canadian Forces and Royal Canadian Navy as a Cadet Instructor Cadre Officer at RCSCC FRASER.
NCdt Rainbow has been a long time member of FRASER and the Officers and Cadets welcome him aboard in his new role.

I was accepted for a Sea Cadet deployment aboard the Grizzly 60 (an Orca Class Patoll Vessel), to live and sail upon it for over a week. At first I was concerned that I would miss too much school, and shouldn't go.  I did attend, and it was most definantly worth it!


Over that week, I learned how to do many things including navigation, port and starboard look out duty, signalman duties, and how to be a part of the first response team.  The Orca trip was a lot of fun, and a lot of hard work. We learned about the many small jobs around the ship, but that each job is just as important as any big job. Over the trip, I had such a great time, and met alot of friends that are so so close to me now.

One of my favorite moments was when one day, it snowed really hard and it was really foggy out. That meant that we couldn't go out cruising.  Instead, we spent the whole day learning power boating, and making a grizzly snow bear.
If any of you cadets out there are looking to have a lot of fun and an amazing new experience, I would highly recomend it, because you can get so much out of this trip that you wouldn't be able to access anywhere else.

JoinSeaCadets.ca Gets a new look!!

http://www.joinseacadets.ca/ got a much needed face lift this year.  Opening the site for the first time, our first thought was 'WOW'!  Second thought was simply, THANK YOU!

The lovely design team at Available For Hire took a look at our website, sighed, shook their head and turned it into what you see now!  Beautiful graphics, easy to find documents, simple and straightforward design and best of all, it's super easy for the Officers to use!  We couldn't be happier with the results!!  Thank you Available For Hire!!